This recipe for roux shows how to do a white roux, step by step. It also gives suggestions for making a blonde, brown and Creole roux, as well.

A basic roux starts with butter and fat of some sort. The traditional recipe is 1:1, but it depends on how thick you like your finished sauce to be.

However, no one loves the taste of raw flour mixed with water to thick that sauce.  The answer?  Make a roux before you make the sauce.

It will thicken the sauce beautifully with no raw flour taste and also give the sauce a lovely color. 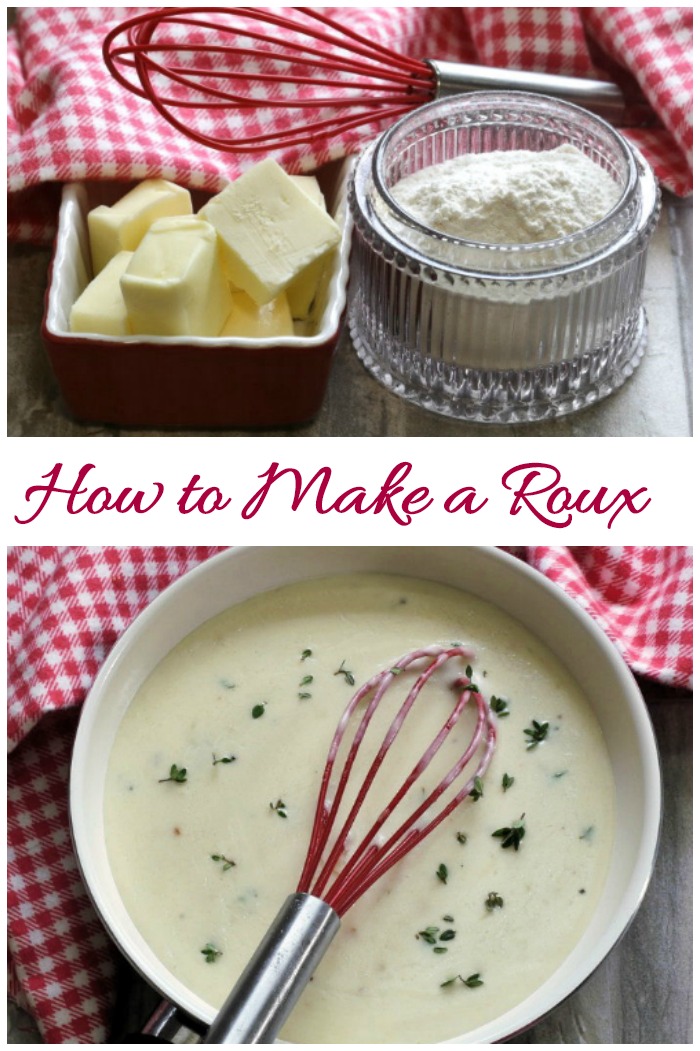 There are lots of ways to use a roux. Thicken the sauce for a silky and creamy sauce for shrimp Alfredo.

Make rich gravy in a big bowl of gumbo for Mardi Gras or a decadent beef stew. Thicken the teriyaki on your latest stir fry.

What to know about a roux

A roux is a French technique which dates back more than 300 years. A well cooked roux gives a gravy or sauce a silky smooth flavor with a bit of a toasty flavor that comes from cooking the flour.  The word is pronounced “roo” and the technique is much easier to do than you might think.

In French cuisine, the technique of cooking a roux is done by using equal amounts of flour and butter.  They are cooked for a various periods of time from short to quite long.

This gets rid of the raw taste of the flour and also gives the roux its desired color depending on the cooking time. When you cook the flour and butter together, it also helps to prevent lumps from forming when you add some liquid to the pan to make a sauce.

You can use normal flour or the whole wheat variety (as I did in this lightened up seafood chowder recipe) with great success.

What color is a roux?

The answer to this question depends on the sauce you plan to make. A roux can be white, blonde, brown or Creole (dark brown). The longer you cook the flour and butter together, the darker the roux will be.

There are several types of roux:

What fat should you use in a roux?

Any kind of fat will work. Here are some ideas: 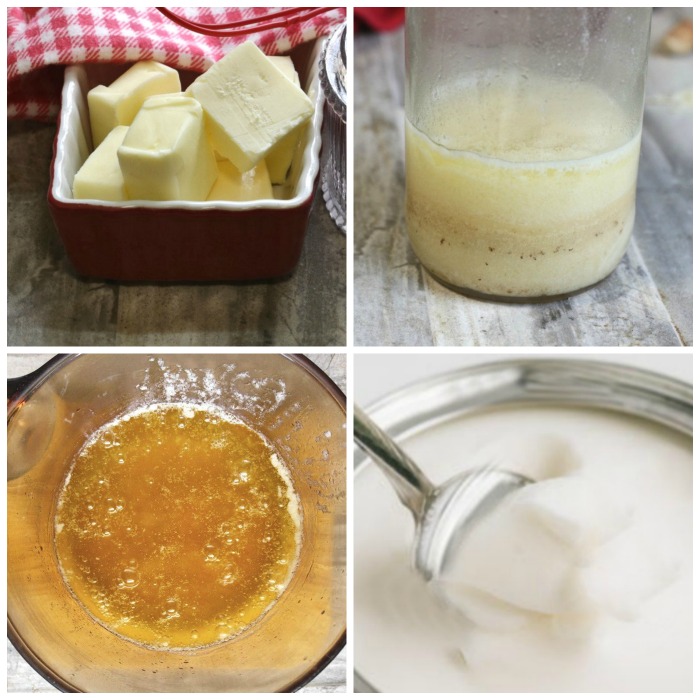 Today we will learning how to make a roux with butter and flour and we will use it to thicken a Parmesan garlic sauce. I’ll also give some tips for making the other types of roux recipes as well.

Being able to make a basic roux is a skill that every home cook should have in their arsenal of cooking tips.

It is something that I do very often when I make gravies and sauces since it turns a thin sauce into something smooth and silky with a delicious flavor.

Although there can be some variations, most roux recipes start with a combination of equal parts of flour and butter.  So if you are using 4 tablespoons of flour in the base of the sauce, you will also use 4 tablespoons of butter.

This will give you the desired thickness for the sauce.  Using less butter will make the sauce thicker and using less flour will make it thinner. 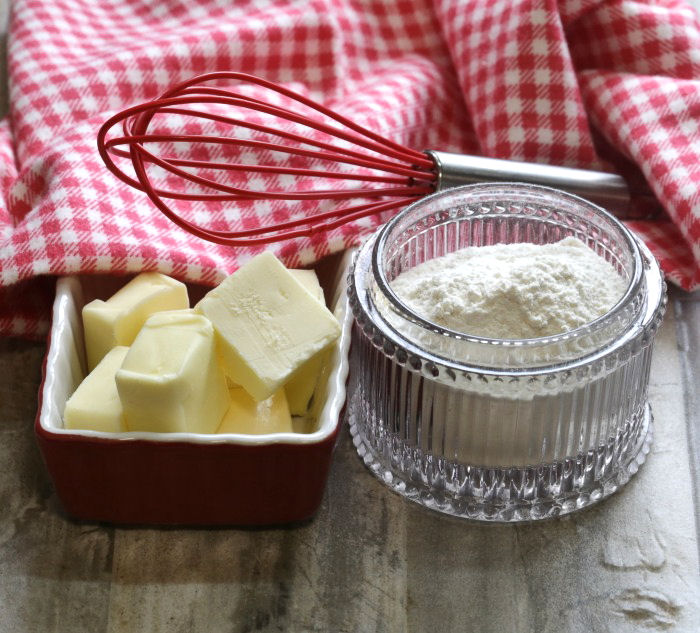 Start by melting your butter in pan over medium low heat.  Be careful of the temperature, or the butter will burn.

I am also going to add some finely minced garlic to the butter, since I want my white sauce to end up with a garlic flavor. This step can be omitted if you don’t want the garlic flavor. 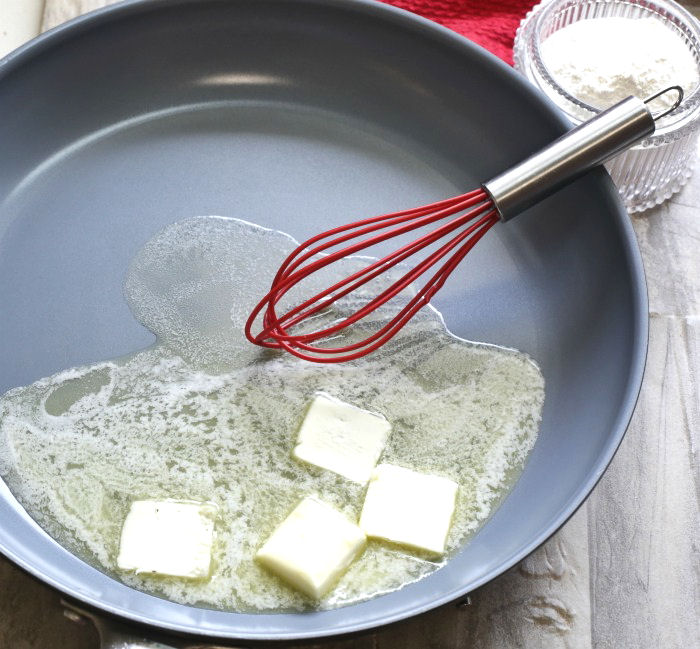 Stir in the flour and whisk well. There is a reason that the flour is cooked with the butter. It’s possible to put flour and water in a jar and add it to liquid to thicken a sauce.

But raw flour does not taste so great and your sauce will really taste “floury.”

Cooking the flour in butter makes the sauce taste much better and also coats the flour so that it helps to keep the sauce from developing clumps as the sauce cooks. 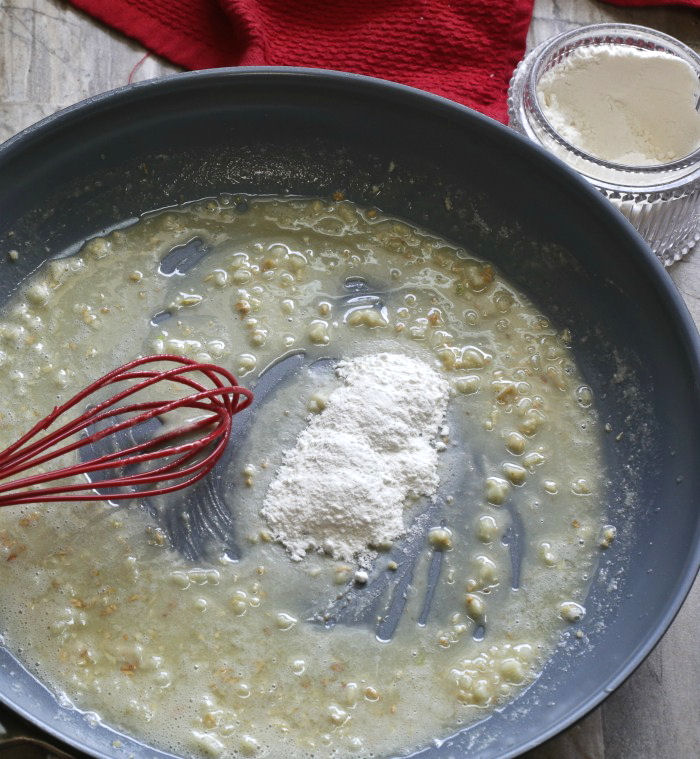 Cook the flour and butter gently for 3-5 minutes, stirring all the time.

The flour will puff up a bit and you will be ready to add the roux to your light colored sauce. A white roux is also the type used to make mac and cheese.

Allow the roux to cool slightly before you add the liquid.  Today, I am adding heavy cream, 2% milk and chicken stock to make a sauce for chicken breasts. 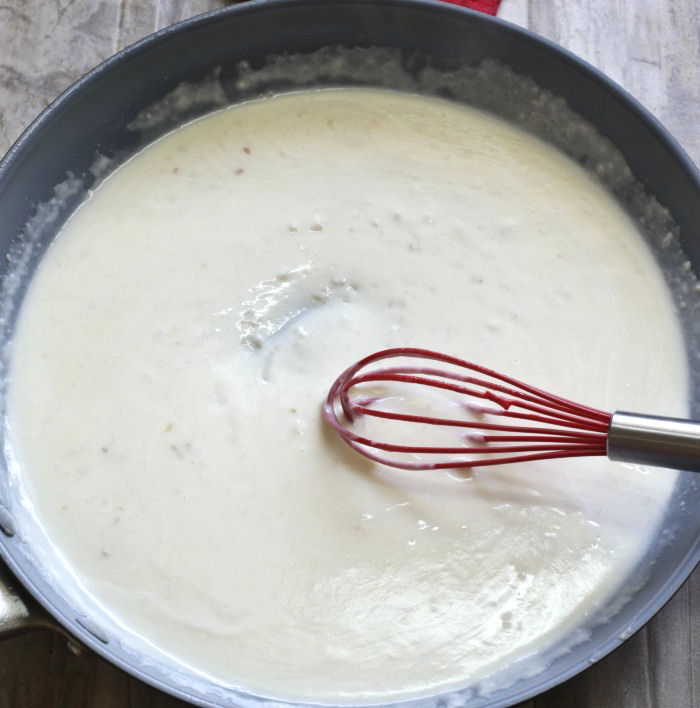 Variations on the white sauce

This sauce above is a basic white sauce. My husband loves it on baked ham, with some parsley sprinkled in.  It is a dish that his mother used to make and is a favorite of his.

I like more flavor in my sauces, so I am going to add some garlic powder, sea salt and cracked black pepper with fresh thyme leaves to give the sauce a bit of a boost.

(I love cooking with fresh herbs and use them in almost all my recipes.) 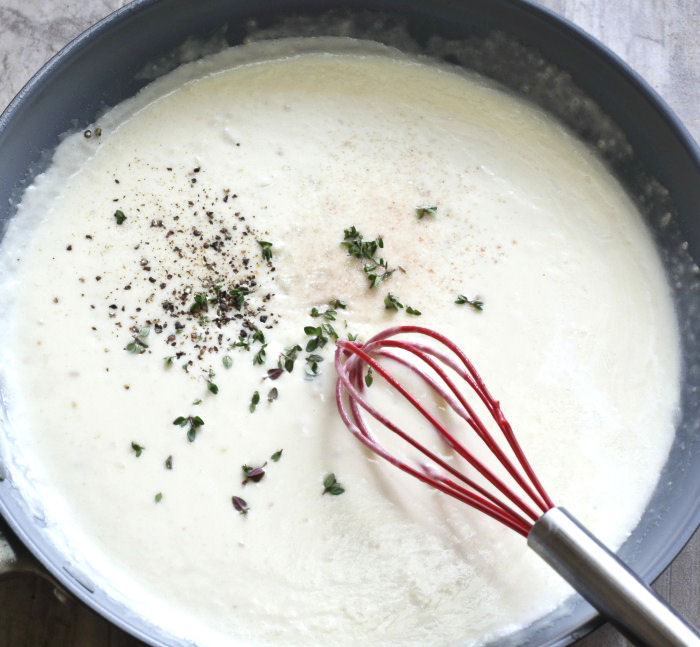 Let’s make it into a cheese sauce!

The beauty of a basic roux recipe is that you can keep adding to it until you get the sauce you are going for.

Want to turn the white sauce into a cheese sauce?  Just drop in some fresh Parmesan cheese and give it all a good swirl.

The sauce is already thick and it will only take a little while to get the cheese to melt. 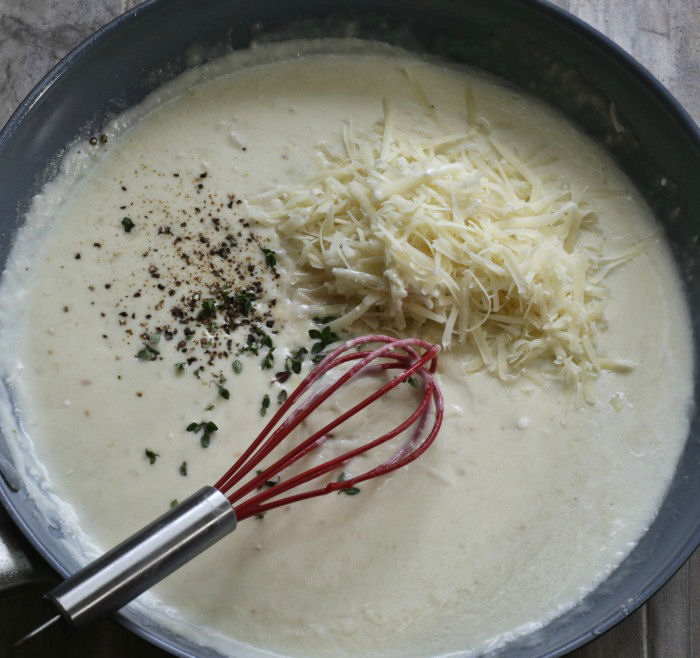 Gently cook while stirring the mixture of the roux and liquids until the cheese melts and it’s done.

You’ll end up with a Garlic Parmesan Cheese Sauce that is perfect to serve mixed with pasta or over chicken and other mild proteins. 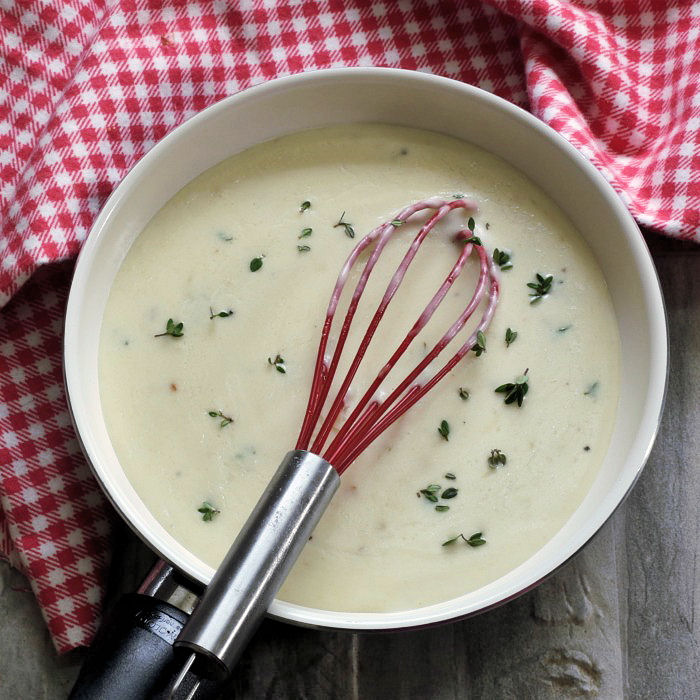 See how I used it in my Creamy Garlic Parmesan Mushroom Chicken Recipe.  It is so tasty and the whole recipe takes less than 30 minutes and that includes making the roux!

Cooking time for a blonde or brown roux

Add an additional 3-5 minutes of cooking time for a blonde roux (8-10 minutes)to get a light tan color and another 3-5 minutes for a brown roux to get a very dark color. (10-15 minutes)

No matter what type of roux you are making, you should stir the mixture constantly as it cooks.

The thickening ability of the roux lessens the longer you cook it.  This means that you will need more fat and butter to start with for a darker roux.

The flavor also changes, the longer you cook the roux, going from very mild for a white roux to really nutty for a dark one.

Ways to use a Roux

We tend to think of a roux in terms of thickening a gravy, but there are lots of other uses for it.  Try one of these:

Even though the word roux comes from French cuisine, the technique is really very simple.  You need just four things:

The type of roux that you end up with depends mainly on your last item – Time! The longer you cook and stir, the deeper the color and flavor.

What type of roux do you enjoy making?