These heath bar brownies are made with a packaged fudge brownie mix that is jazzed up with Heath Bar baking pieces in both the brownies themselves and also as a topping for the easy homemade chocolate ganache frosting.

Most of the time, I cook from scratch. But there are busy days when I just don’t have the time (or the ingredients) to do this.

Dressing up a packaged brownie mix is as easy as thinking outside the box! (check out my brownie cookies for another fun idea.) Keep reading to find out how I did this to make this delicious brownie recipe. 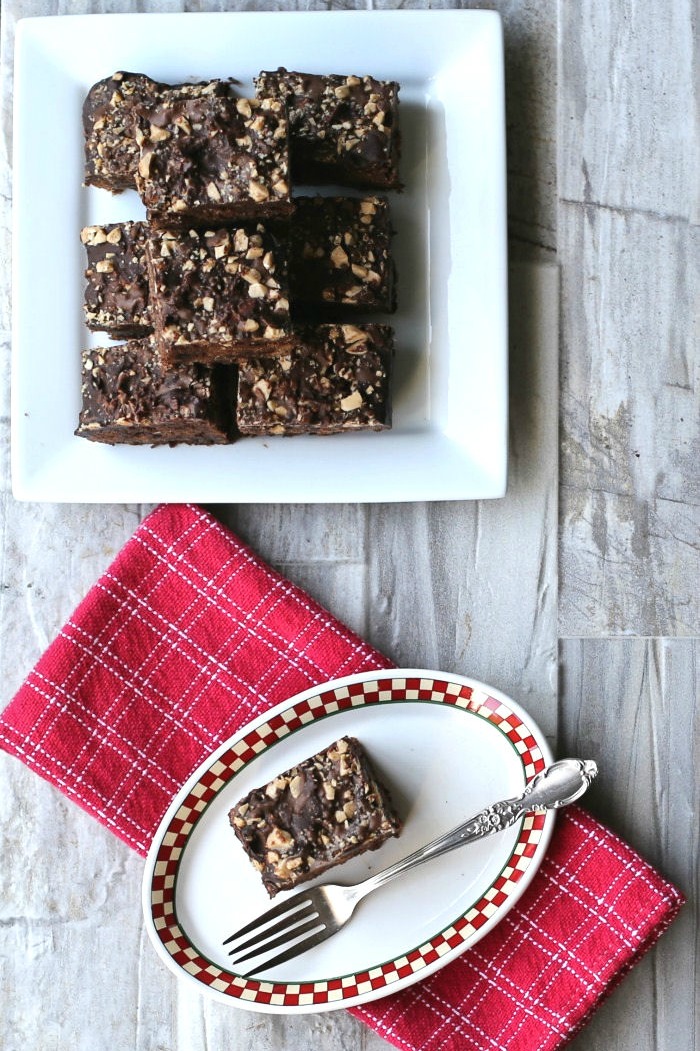 I’ve been on a brownie making spree lately.  My family loves the taste of them and I’ve been experimenting with all sorts of varieties. These cookie dough brownies are one of my latest creations.

For another great chocolate dessert, try these skinny dark chocolate cupcakes. No guilt and so dark and rich!

I keep fudge brownie mixes on hand for days like this. It’s easy to find something in my pantry to add to a boxed brownie mix to elevate it to another level and give me a totally different taste.

(If you are looking for a lighter brownie mix brownie, be sure to check out my M & M brownies here. I used applesauce to lighten them up.)

Got a brownie mix?  Step one is just about done!  I used a Betty Crocker Fudge Brownie bag mix that makes an 8 x 8 inch pan of 9 brownies.

I like this sized mix because the package ONLY makes 9 brownies, (I cut the pan into 12 for this mix).

This means I can’t destroy my diet TOO much and I can adjust what I put into a brownie mix and this smaller size gives me the opportunity to do this often. 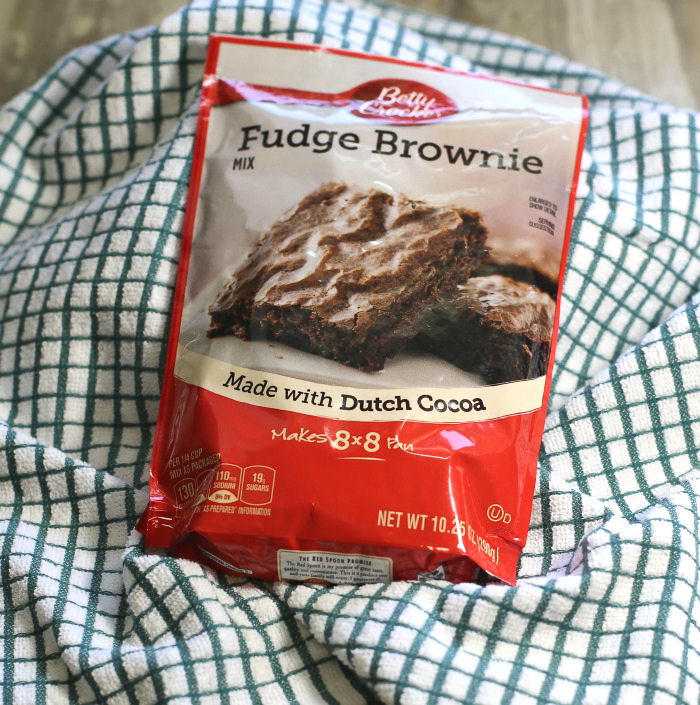 Now comes the “semi homemade part.”  Heath milk chocolate toffee bits.  My hands down favorite candy bar is a Heath bar, so it’s a no brainer that I am going to love these brownies.

Open the bag and it’s as though someone took a hammer to a batch of Heath Bars. YUM!

I have to admit, when I open the bag of toffee bits, if there a spoon nearby, they won’t all make it to the recipe. I know…it’s a weakness.

This recipe for toffee chocolate bars is tasty way to use them, too. 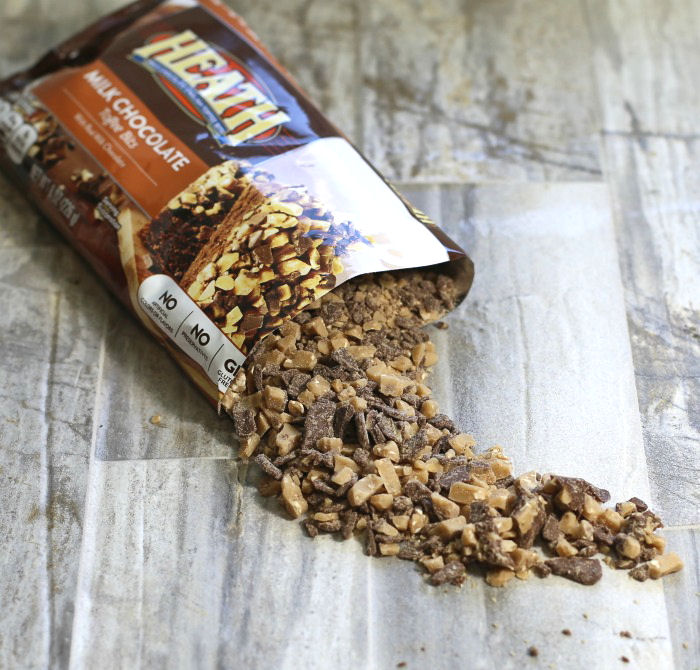 I put about 2/3 of the toffee bits into the brownie mix and baked it for about until the brownies were done and a toothpick came out clean. 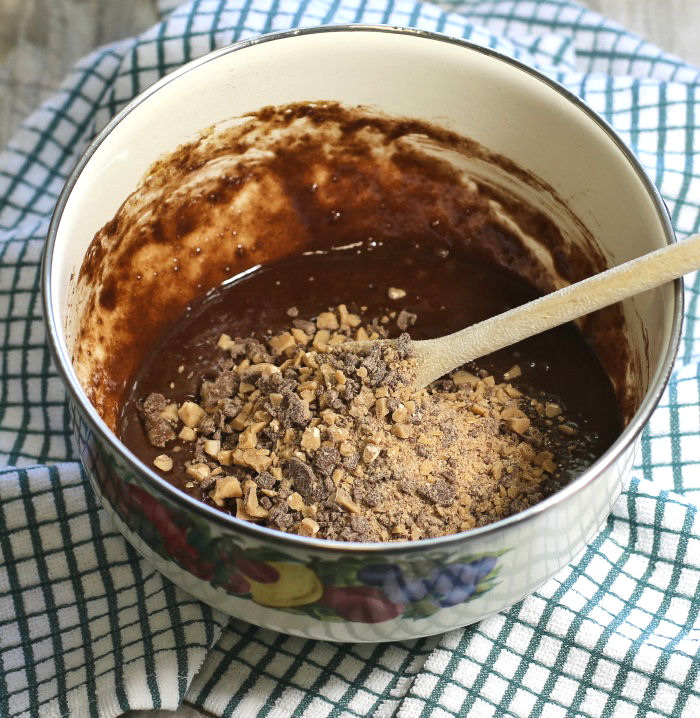 Now it’s time to kick back and pat myself on the back for making such a quick dessert. Seriously…it took me all of five minutes.

While I take a break for a while, and then

I wouldn’t be a food blogger if I didn’t do at least part of this by hand now would I? But this part is super easy too!

The heavy cream gets heated in a small saucepan over medium heat until it just boils.  Add the chocolate chips and then wait.

Don’t stir yet!  Tapping fingers impatiently… Give it 2-3 minutes and then stir the mixture until it is smooth.

Spread the ganache over the cooled brownies and sprinkle over the rest of the Heath toffee bits. 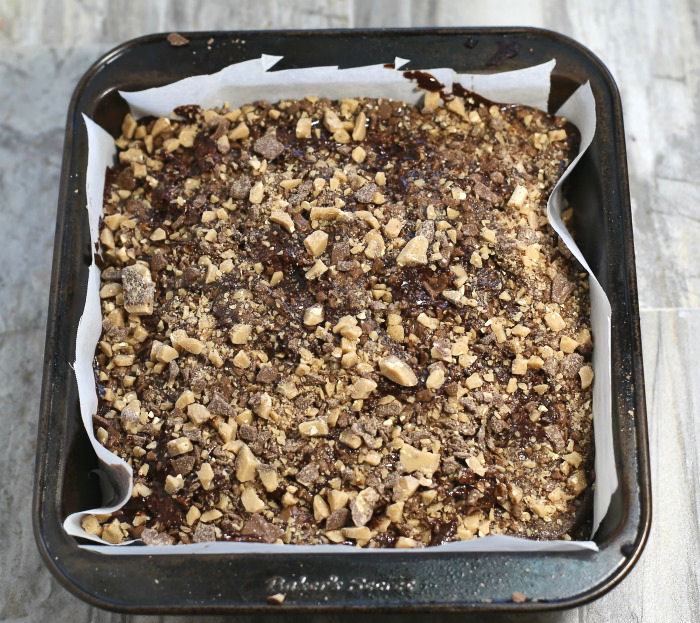 That’s it folks.  What could be easier?

These brownies are just heavenly. They are rich and fudgy with a crunchy taste in every bite.

They look great with those delectable crunchy pieces on the top and they tastes amazing with a double dose of both chocolate and toffee bits in the brownies themselves. 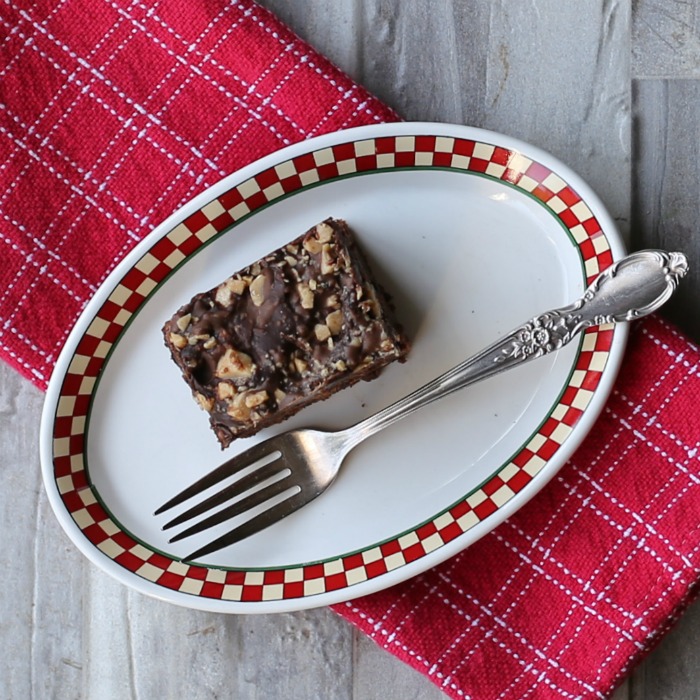 I love the height of the brownies. They bake up almost like a cake but with the fudgy center we know and love. Heavenly Heath Bar Brownies.

They are perfect for that quick candy bar fix and super easy to prepare. What could be better? 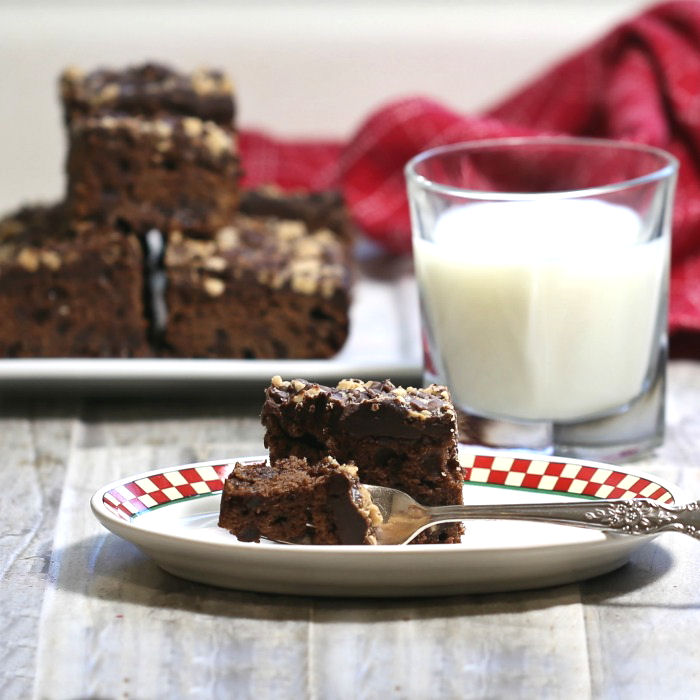 I cut the pan of brownies into 12 pieces (not 9 as the package suggests) and each brownie has 379 calories.  A once in a while treat that is worth every…single…calorie!

Love brownies?  Try one of these recipes:

To remind yourself of this recipe later, pin the image below to one of your food boards on Pinterest. 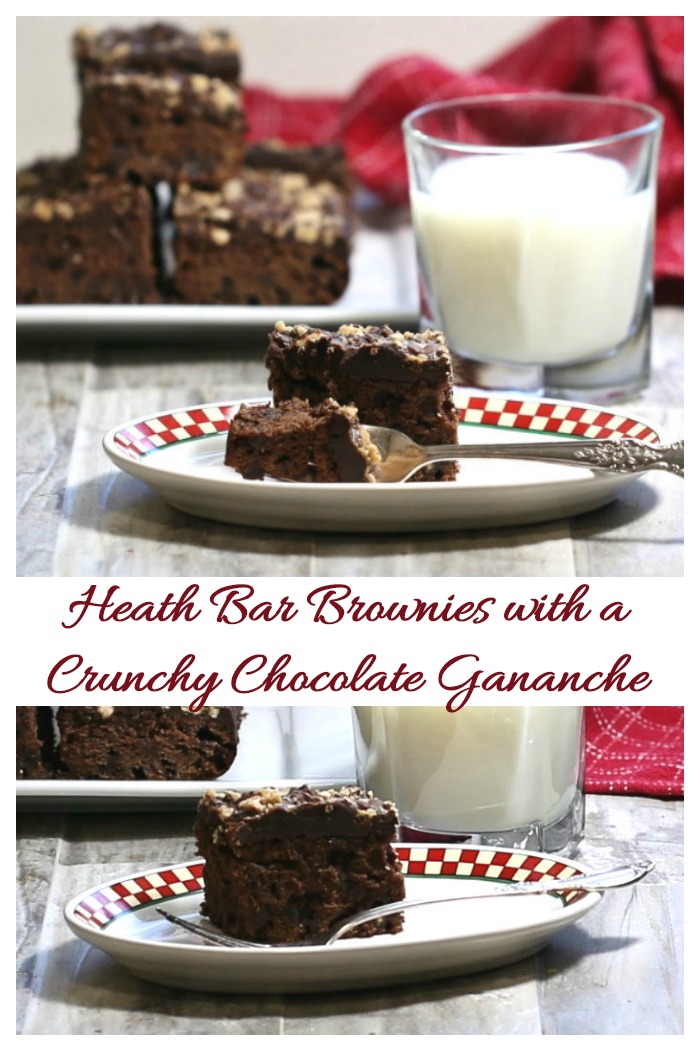